After a very successful weekend of simulations in the #SJVirtualShowcase21, it became apparent that some sort of virtual EA Sports hockey prowess seems to run through Kindersley.

Kyle Bosch was named the Melfort Mustangs playoff MVP for their Canalta Cup run back in May, and in this most recent simulation another Kindersley native in Logan Linklater was given the league showcase game honour.

Linklater reached over 22 minutes of ice-time on-route to collecting 4 points and a hat-trick in the final match-up.

Klippers over the weekend, as other fun moments included some crease-crashing plays for goaltender Matthew Pesenti, and Klippers defenseman Micheal Neumeier receiving the Stanley (SaskMilk) Cup from his captain.

Continued development and extending a players hockey future remains the focus for most SJHL programs, such as the Klippers. 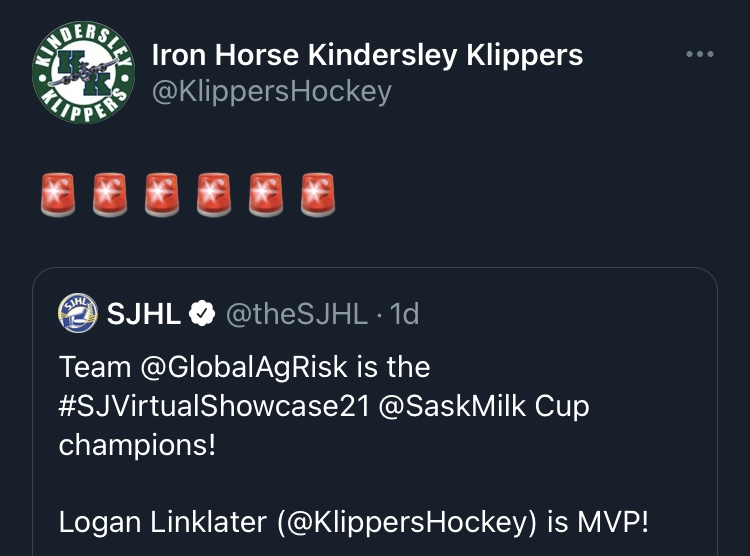 Over 1300 tickets for suspended licenses, unregistered vehicles in April